Jinbei and Mugai on cover

Jinbei being train by his father 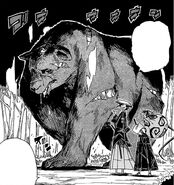 Jinbei and Kotori counter a bear 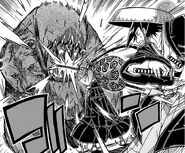 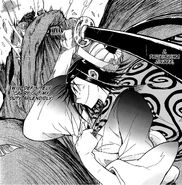 Jinbei beat up a bear

Jinbei, Shungiku, and Tenma working together

Jinbei being beaten by Hibachi, Shungiku, and Tenma 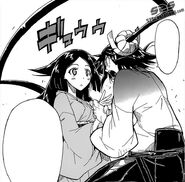 Jinbei ask Haru to go shopping with him

Jinbei controlling his hidden power
Add a photo to this gallery

Jinbei being seduces by Mitsuki

Jinbei offering his loincloth to Mitsuki

Jinbei blood being suck out by a Giant Flea

Haru pressing her breasts against Jinbei

Jinbei being hugged by Nagatomi

Jinbei in control of his powers

Jinbei no demon fox mode
Add a photo to this gallery
Retrieved from "https://mushibugyo.fandom.com/wiki/Jinbei_Tsukishima/Image_Gallery?oldid=7802"
Community content is available under CC-BY-SA unless otherwise noted.